Home » Entrepreneurship » You are reading »

Some Major Disadvantages of Entrepreneurship

Some Major Disadvantages of Entrepreneurship: Many believe that entrepreneurship only has benefits and only perform good things to individuals. However, that’s not the reality, and it involves certain low points that you need to understand. It looks like a lucrative field for people who do not know about this. You shouldn’t be one of them and possesses the much-needed information regarding it.

Some Major Disadvantages of Entrepreneurship

In this post, we will tell you about the major disadvantages of Entrepreneurship in detail. Please read the complete post for ensuring nothing gets missed.

The biggest disadvantage of entrepreneurship when compared with working for someone is getting guaranteed paycheck. One can say that there are chances of getting fired from the job, but the income is credited on a regular basis.

It shows that entrepreneurship is working with low financial security for both the entrepreneur and his/ her families. On top of that, there is a great range of advantages offered to the family of employers.

Another perk that regular job offered to a person is fixed working timings for most of the time. Moreover, there is overpay granted in the majority of jobs if an individual work for extended hours.

However, this liberty doesn’t come while working as an entrepreneur. One may work for long shifts of even 16 to 20 hours without earning too much money. It can be considered one of the major disadvantages of entrepreneurship.

Also See: Most Important Qualities of a Good Entrepreneur

One of the most problems associated with entrepreneurship is false claims on the internet. Many people claim tons of income by working very less. There is no shortage of individuals working in networking claiming to earn even more than a million in a year. However, the reality is pretty difficult as one has to wait for years even for earning US$ 10,000 in the first year of their business.

The thing that we want to say is entrepreneurship demands lots of patience from the individuals that everyone doesn’t have.

A solid amount of Stress

People complain about having a stressful job and say that business is an easy task to do. The reality is completely opposite as there is a pretty new and solid kind of stress that involved in entrepreneurship. There are tons of failures involved in the starting years of this business so the entrepreneur should be ready for it.

Moreover, stress can reach a completely new level if the income from the business isn’t consistent.

Also See: The Role and Importance of Entrepreneurship

No matter which country an entrepreneur is, there are certain set of tax-related conditions involved in the business. It means the person has to obey the tax rules set by jurisdiction. The majority of people have pretty low knowledge about taxes in the beginning, especially the young ones.

So, it is vital that the person also understands the set of tax rules that set in their country. Having a detailed knowledge about them is a very important thing that needs to have. 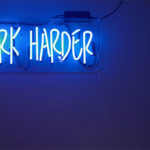